Horrific moment nearly 20 teens beat a 15-year-old girl on a Brooklyn sidewalk before stealing the sneakers off her feet, her phone and debit card 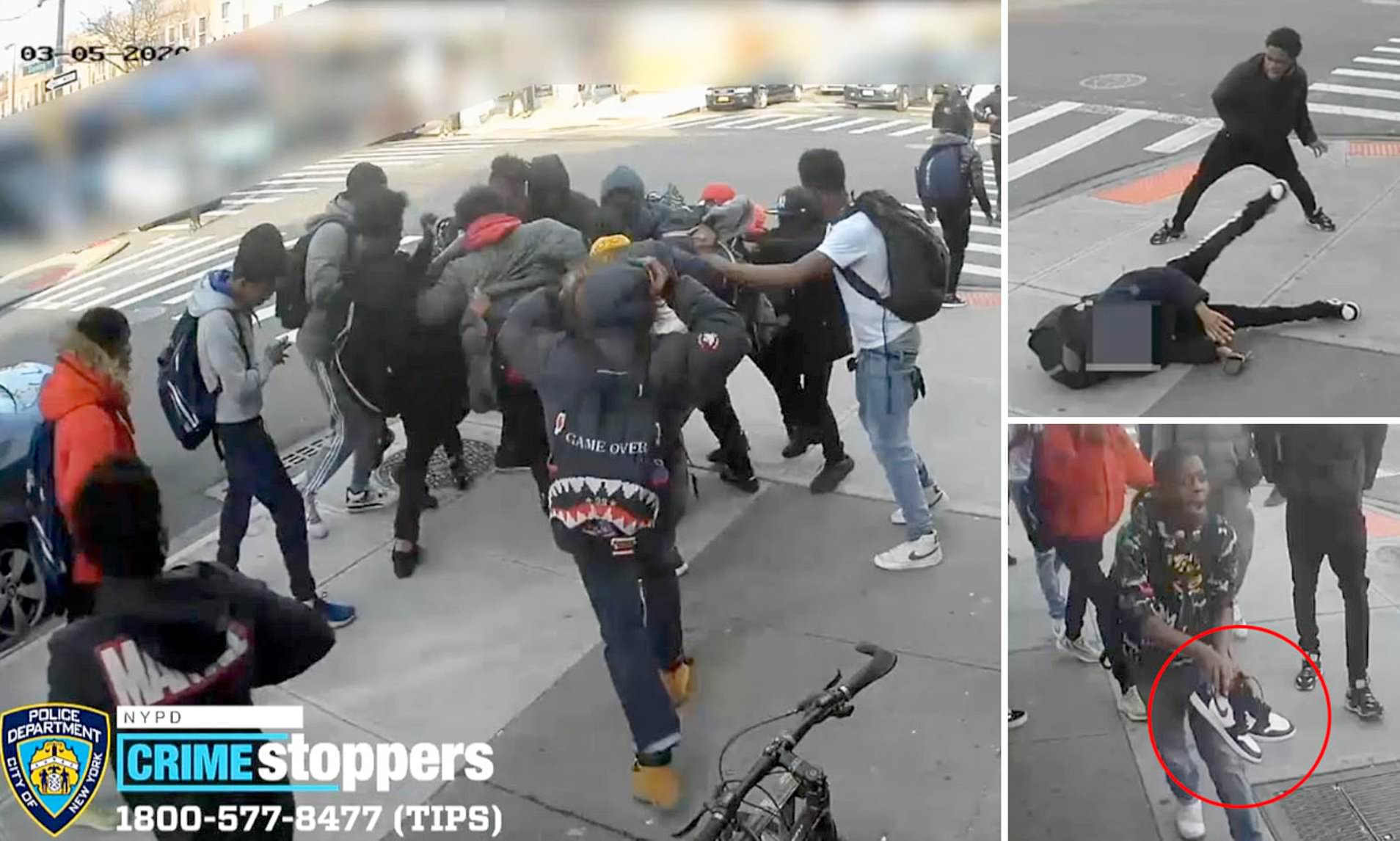 A 15-year-old girl was brutally beaten and robbed by a group of almost 20 teenagers after they chased her around Brooklyn, New York.

The NYPD released footage of the horrific attack which was captured by security cameras.

NYPD released footage of attack captured in surveillance
A 15-year-old girl was beaten, kicked and punched by group of teenagers
The attackers stole her phone, debit card and the sneakers off her feet
Girl was taken to local hospital for medical treatment in Brooklyn, New York
Authorities believe Thursday’s assault could be retaliation for a previous slight

OUTRAGE:this is sickening video of a 15 year old girl viciously attacked by a group of school children. One young man takes the sneakers right off the unconscious victim’s feet. The teenager is in the hospital recovering. We CAN NOT allow this behavior in our community.